A Recipe for Death - Culinario Mortale 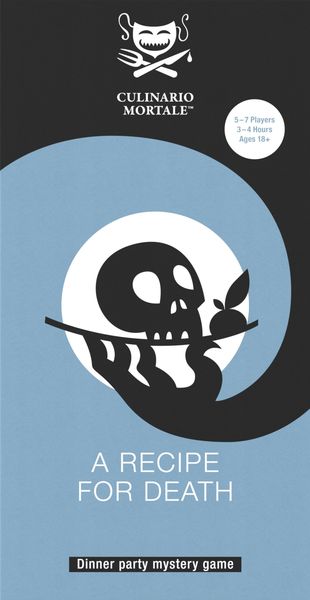 It was New Year’s Eve at the luxurious restaurant, The Osgood, which sits majestically atop a mountain ridge above a posh ski resort town in the Rocky Mountains. It had been snowing heavily since the morning, and the three-star chef George Osgood had closed his renowned establishment, as he did every year, in order to celebrate with his family and employees in an intimate setting.

At 63, George wanted to retire in the new year. That’s why he announced that he would be revealing his successor this evening. Everyone was awaiting his decision with bated breath.

The two chefs, Marcus and Henry, both vying to be George’s successor, served an impressive four-course menu. Everyone ate and drank copious amounts. The evening promised to be an unforgettable one.

To everyone’s surprise, George did not announce his successor during dinner, but by midnight, when the New Year was due to be welcomed with a glass of champagne on the terrace, the evening has taken an unfortunate turn. As the fireworks display over Aspen Mountain started flaring up on the horizon, the renowned chef was found dead on the terrace. Judging by the position of his body, somebody had thrown him head first over the balcony.

The police were informed immediately. Because of the heavy snow, they will not reach the on-mountain restaurant for another few hours. Until the authorities arrive, you are all on your own in solving the mystery. What happened this evening? How could this New Year’s celebration have ended so tragically?

What is a murder mystery game?

You and your guests slip into the roles of the main suspects of an exciting murder case. The objective of the game is to convict the perpetrator – one of the people sitting with you at the table. This can only be achieved if the players discuss the course of events amongst themselves and compare their experiences of what happened. But be careful: Each character (including you!) has their own dark secrets which they’d be better off keeping to themselves.

You all gather in the wake of the crime and attempt to piece together your memories, with the aim of identifying the perpetrator. In each round, you recall more and more about the circumstances of the crime, as each round deals with a different period of time from the evening the crime was committed. At the end, everyone votes on who should be handed over to the police as the suspect.

Culinario Mortale is a highly interactive game. There are only a few rules, and no pre-prepared dialogue. The focus is on working through the puzzles and discussing the events together.

Alongside a well-structured game manual, each game contains game booklets for between five and eight characters (the number of players for each game can be found on the packaging and here on our website). In the game booklets, each guest will find their personal clues and a description of their role. Each game booklet also includes a brief overview of how the game works. As such, all players can jump right in. The support code included with your Culinario Mortale game will allow you to download the role descriptions in advance from our website in PDF format, and easily send them to your guests via email.

— description from the publisher.