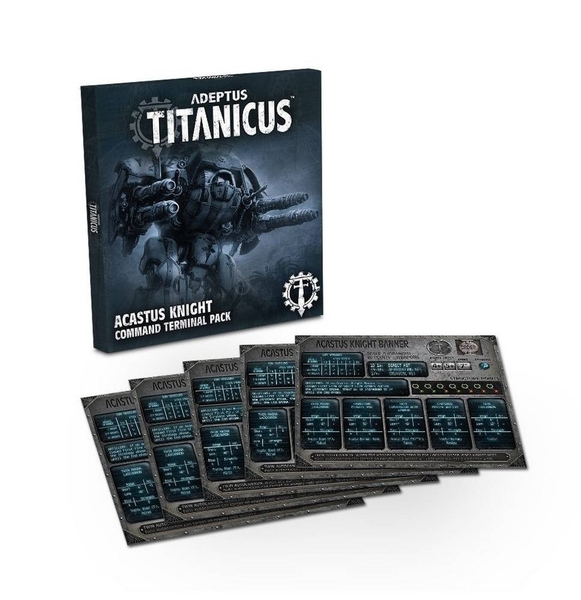 Adeptus Titanicus is an exciting game, from Games Workshop, based around the combat between Battle Titans - some of the toughest war machines in the Imperium of Man!

The game is set during the Horus Heresy, a time where brother fought brother to decide the fate of Mankind. Playing as Princeps Seniores of a Titan maniple, you will take charge of a variety of war engines using unique Command Terminals. You will become their commander, barking orders to lead your models to a ferocious victory.

Playing Adeptus Titanicus will require you to manage and control the different systems of your Titans, from their void shields and plasma reactors to a variety of deadly weaponry. You will need to keep on your toes - if you push your reactor too hard there will be repercussions...

Adeptus Titanicus has a very simplistic but clever ruleset, including Orders and Stratagems that add extra depth to the simplicity of the game. You will be able to purchase a limited amount of Stratagems before you play, allowing you to make use of battlefield assets and call in orbital strikes. As for the Orders, these can be issued by Titans to increase your models' repair, movement, and additional systems or even fire out of the normal sequence.

Although this ruleset is very easy to learn you are still given three very different ways to play:

Printed materials are supplied in English.