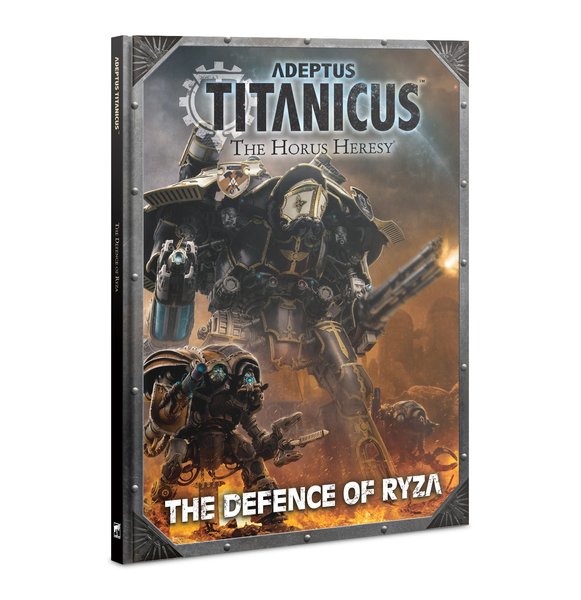 The Horus Heresy comes to one of the Imperium’s greatest forge worlds in The Defence of Ryza, the latest campaign book for Adeptus Titanicus. Will you valiantly defend the planet in the name of the Emperor or will you claim it for Horus?

Alongside narrative missions, the book includes rules for four new Titan Legions, four new maniples and six new Knightly Houses. The most exciting feature in the new book is the rules that allow you to create your own Titan Legion! Choose specific wargear, stratagems, and traits, then unleash your Legion in battle. There are also allegiance rules, meaning you can declare any Legion (including your own) to be Loyalist, Traitor or even Blackshield. The book will be available in hardback.