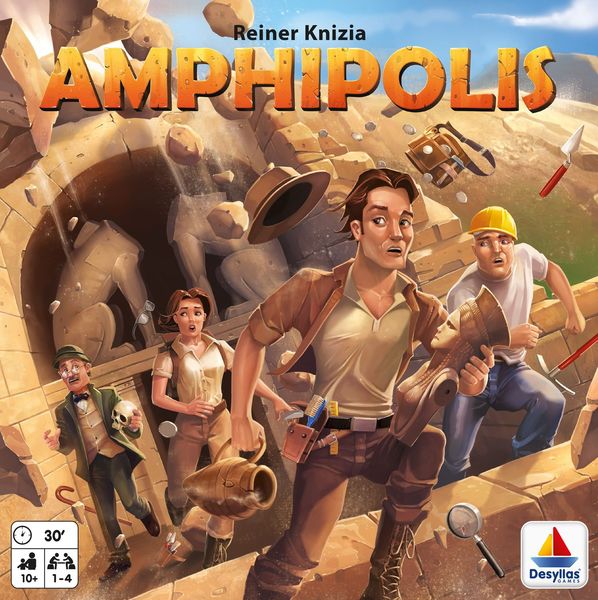 One of Greece's greatest excavations in the last years, the archaeological site of Amphipolis is threatened by landslides. As a result, several teams of archaeologists work feverishly to secure as many of the valuable findings as they can.

Each round, different artifacts are found and placed on their sorting areas. The players during their turns take tiles from those areas trying to combine them in the best possible way in order to score the most points before landslides shut down the entrance to the monument.