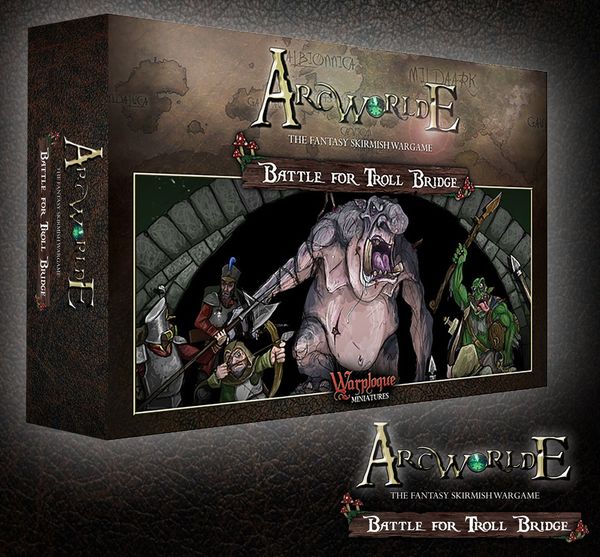 "News of a Bayourk warband plaguing the Hobbleshire town of Milwood summon a garrisoned Albionnican warband accompanied by the local Halfling Militia. They find the villainous Bayourk tribe taking residence upon the infamous Troll Bridge, spoiling for a fight.

However, on hearing a mighty roar, the local Halflings shake with fear, for they know how the bridge earned it’s name. Old Grogg, the largest River Troll ever seen, emerges from beneath, and he is not happy that his slumber has been disturbed..."

A 20 page Battle for Troll Bridge rules booklet with stats for the new miniatures, scenarios and pictures of the models.

All packaged within a beautiful foam-lined and scratch resistant game box.