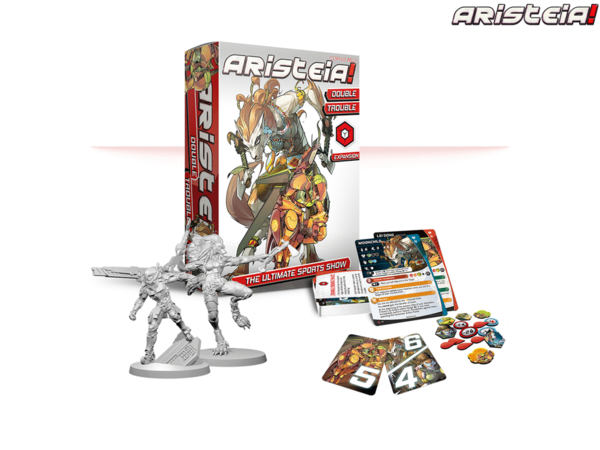 This expansion will allow you to include double profiles, a brand new game mechanic to Aristeia!. Both Characters will have two different game profiles, one on each side of their Character card.

Moonchild is an Ariadnan Dogface with the ability to transmute to a Dog-Warrior when she receives Damage. She was a tracker and guide in the Dead Man Journey that links MOB Liberty with Fort Apache 5 before being recruited by the Keller Resources company. Using the MOBA’s own jargon, we are in front of a “late game” character.

In Chinese mythology Lei Gong is the name of a divinity, meaning "Lord of Thunder." Symbol and icon of the technological-military program Invincible Soldier of the Empire-State, this champion is Yu Jing's response to the panoramic advertising machinery that Maximus embodies. He is fast and elusive in one profile; blunt and deadly in the other.