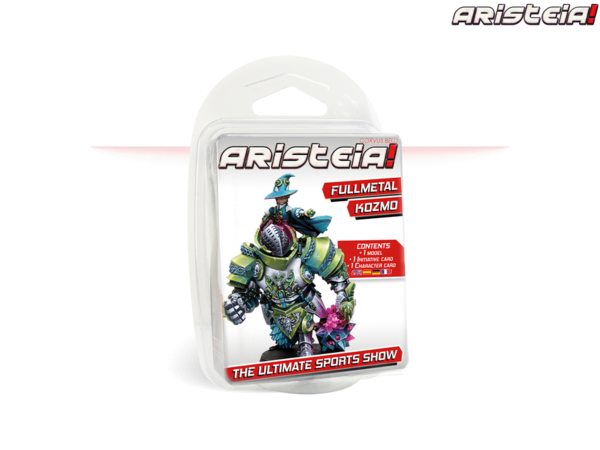 Get ready to fight against the most popular skin of all time: Fullmetal Kozmo! Winner of the Most Wanted Skin Award on Twitter. This is a metal miniature and an alternative version of the character from Smoke & Mirrors Aristeia!’s expansion that includes Yue, the pilot child of the kawaii robot that fights for the glory on the ultimate sports show.
This miniature is produced at Corvus Belli’s factory for collectionist and players. In order to use it you’ll need the Aristeia! CoreBox and the tactic cards included in Smoke & Mirrors expansion. Kozmo is a good option if you’re playing with Táowù, from Smoke & Mirrors (REF: CBARI20), or Bìxié, from Human Fate, due to her ability of ignoring Smoke effects.
Contains:
You need a copy of Aristeia! to use this model.
Model supplied unpainted, and may also require assembly.