Arrakis: Dawn of the Fremen 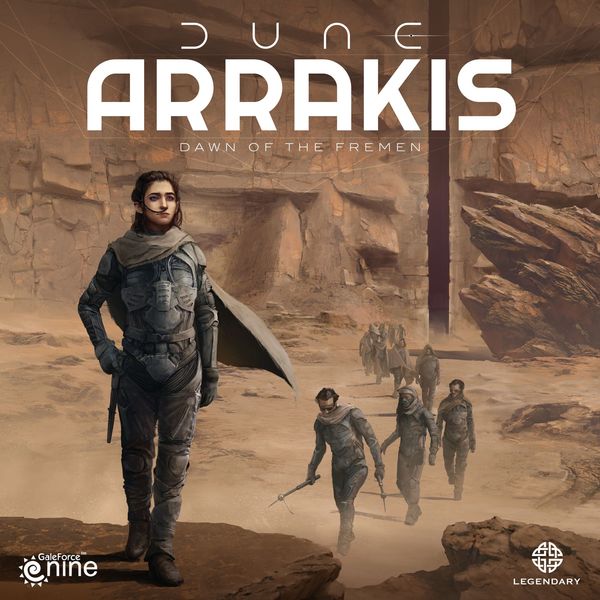 Arrakis: Dawn of the Fremen is a brutal, cutthroat game about tribal control of Arrakis, more than a hundred generations before the Atreides come to Arrakis.

In the game, you control a tribe of Fremen warriors who are struggling to gather the scarce resources of Arrakis, develop the weapons and sietches you need to survive, and harness the power of sandworms for battle. Gameplay is split into three sections:


Harj — the final part of the game set-up in which players jockey for position
Initiation Cycle — the first cycle of the game, with a few restrictions to ease into gameplay
Cycles — each cycle is split into several phases, with cycles continuing until the game is won


You can conquer Arrakis two ways, by controlling the winning number of sietches at the end of the action phase or by unanimous decision of the council when all players agree that you cannot be prevented from winning...