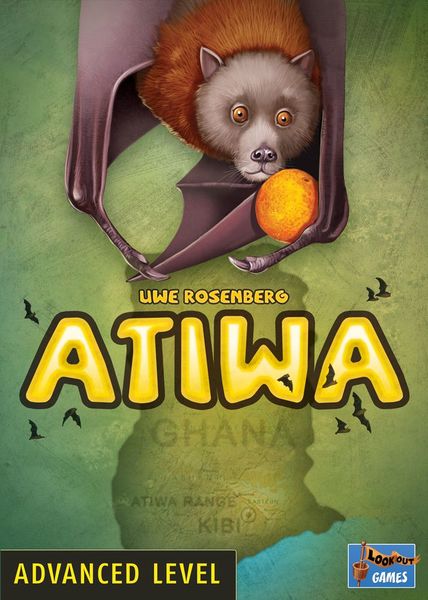 The Atiwa Range is a region of southeastern Ghana in Africa consisting of steep-sided hills with rather flat summits. A large portion of the range comprises an evergreen forest reserve, which is home to many endangered species. However, logging and hunting for bushmeat, as well as mining for gold and bauxite, are putting the reserve under a lot of pressure.

Meanwhile, in the nearby town of Kibi, the mayor is causing a stir by giving shelter to a large number of fruit bats in his own garden. This man has recognized the great value the animals have in deforested regions of our planet: Fruit bats sleep during the day and take off at sunset in search of food, looking for suitable fruit trees up to sixty miles away. They excrete the seeds of the consumed fruit, disseminating them across large areas as they fly home. A single colony of 150,000 fruit bats can reforest an area of up to two thousand acres a year.

Just like that mayor, in Atiwa, you know that fruit bats — once scorned and hunted as mere fruit thieves — are in fact incredibly useful animals, spreading seeds over large areas of the country. By doing so, they help to reforest fallow land and, in the medium term, improve harvests. This realization has led to a symbiotic co-operation between fruit bats and fruit farmers. The animals are kept as "pets" to increase the size of fruit farms more quickly. Tall trees are left as roosts, providing shelter for them rather than hunting them for their scant meat. However, if you have a lot of fruit bats, you need a lot of space...

In the game, you will develop a small community near the Atiwa Range, creating housing for new families and sharing your newly gained knowledge on the negative effects of mining and the importance that the fruit bats have for the environment. You must acquire new land, manage your animals and resources, and make your community prosper. The player who best balances the needs of their community and the environment wins.