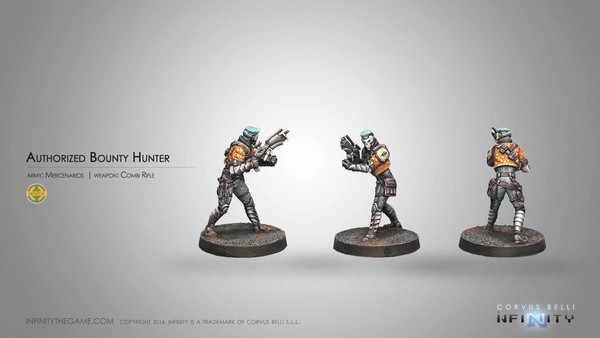 This is the exclusive prize of the previous ITS 2013 season, but with a different head, arms and weapons, so it’s not the same model! Even if you won a tournament last year, you won’t have this miniature! The Bounty Hunters are the predators of the Human Sphere, mercenary operators that can be fielded by the most of the Infinity players, even in Official Infinity Tournaments!
Blister contains: