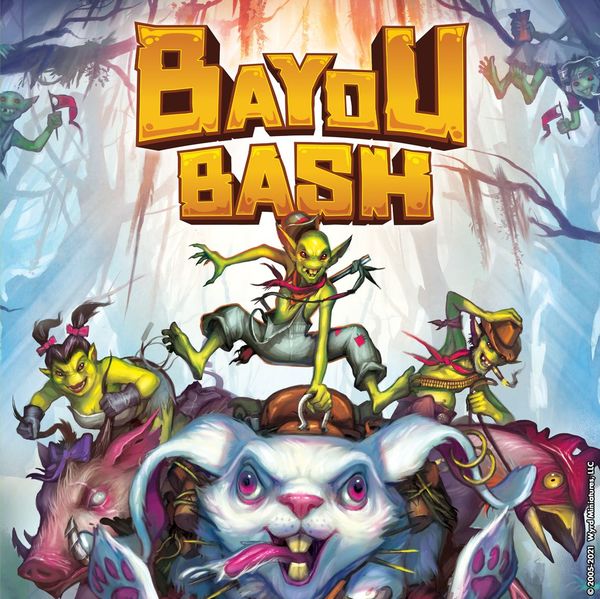 As gremlins climb on rocks and wade in puddles to catch a glimpse of the big race, their favorite racers gear up at the starting line. Time to find out who’s the fastest, and more importantly, who’s the fan favorite!

Bayou Bash is a chaotic racing game for 2-4 players filled with rambunctious racers who will do anything to win over the most fans before crossing the finish line. Each player takes control of a racer with unique abilities, and must battle for victory across the customizable track while gaining fans along the way. In Bayou Bash, it’s not about who crosses the finish line first, but who pulls off the craziest tricks during the race!

Players are represented by one of four tokens, each with variable special ability. The play surface is customizable, allowing for a variety of racetracks. Starting condition cards add additional random elements into the game. Each turn, players draft cards that control movement, provide supplies, etc. The first player to cross the finish line ends the game but it’s the player with the most fans who wins. Cheap shots are encouraged.