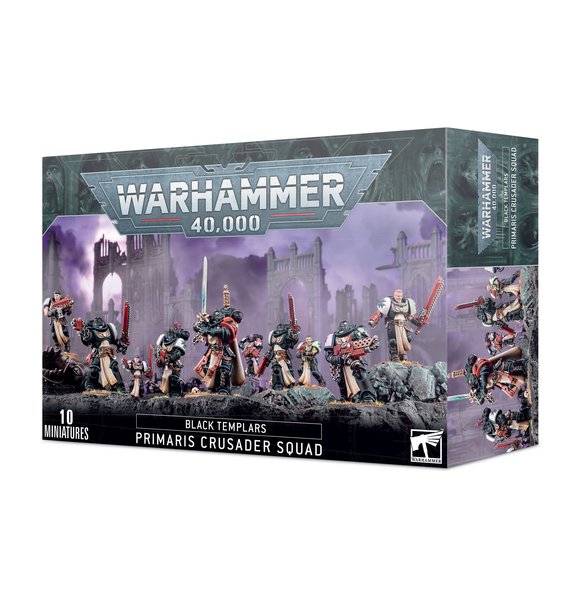 Alternatively, one Initiate can be built as a Sword Brother, who has a choice of helmeted and unhelmeted heads. He can be built with a power sword or power axe, and a heavy bolt pistol or pyre pistol.

The four Neophytes have four unhelmeted head options and can be equipped with either bolt carbines or bolt pistols and Astartes chainswords.

The kit is comprised of 228 plastic components, with which you can assemble Primaris Crusader Squad, containing six Primaris Initiates and four Neophytes with a choice of weapon options. Alternatively one Primaris Initiate can be built as a Sword Brother.