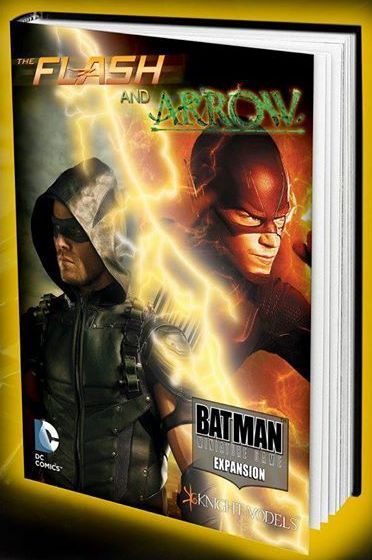 As the war against crime rages on in the streets of Gotham. New allies, villains and cities become embroiled in the fight. The Flash at Central City and The Arrow at Star City, come out from the shadows and take on the own evil arch-rivals and join Batman to rid their cities of crime. Bringing their own super powers and special skills to the streets you will be able to zoom at lightning speeds and loose a boxing glove arrow at a foe with this epic expansion book from Knight Models.

The Flash and Arrow expansion book is a special limited 160 page full colour hardcover edition that brings in update with the rules for use of these epic heroes, their allies, villains and much, much more.

With the rules for using the Speed force, new teams, vehicle rules as well as 80 new character traits, this expansion is a must for any collector of the Batman miniatures game.