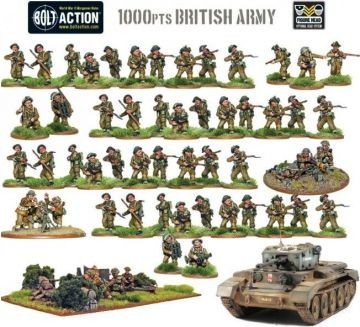 The Bolt Action British Starter Army is the ideal set for anyone looking to begin collecting a British force. This set includes a full 1,000pt Bolt Action army built around a solid core of Infantry backed-up by support weapons teams, and a Crusader - this set provides you with a great fighting force with which to start playing Bolt Action.