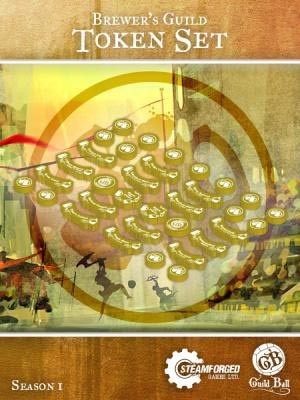 Guild ball takes place in a land now known as the Empire of Free Cities. The lands are made up of vast ranges of climates, cultures and landscapes and each is controlled by a sovereign city. Mob football is a game generally played between neighbouring towns and villages on feast days which accounts for its popularity. The aim of the game is for players to struggle to control the leather wrapped inflated pigs bladder and attempt to kick it into the opponent’s goal. Taking advantage of the popularity of the game, the powerful Guilds invested money into the game and created professional teams and leagues.