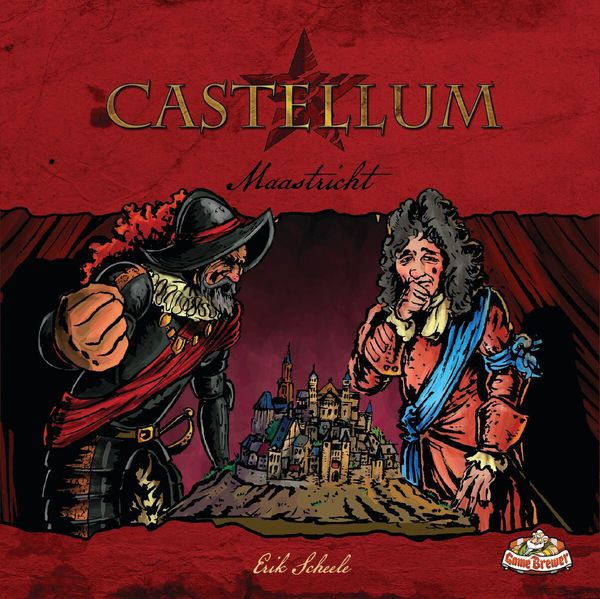 A Dutch game about the historic city of Maastricht. Defend the city against two hundred years of history!

Two to four players compete to defend the city walls to the best of their ability. They build the defences, hire soldiers and prepare the walls for four historic sieges.

The game is played during the course of four historical sieges. The game begins at the start of the Eighty-Years War, then the end of the Eighty-Years War, the French Expansion Wars and finally the Napoleonic era.
During each era, players must collect resources, cards and plan their defences. Then players can build the defences they claimed, hire the soldiers they claimed and collect the services of the great churches of the city. Finally, at the end of each era, the siege starts against progressively stronger enemies.

The game offers diversity, requires strategic thinking and illustrates the participating factions of the sieges. Players can influence their opponent's actions by petitioning the churches and guide the attacking forces to their opponent's side or lure the more influential attackers to their own part of the walls in order to earn the most points.