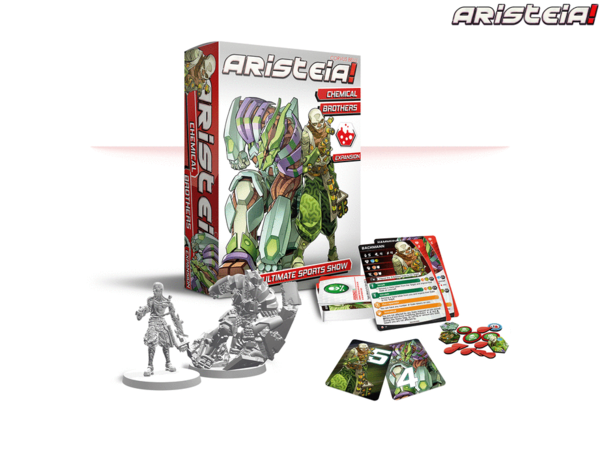 Chemical Brothers (CB), which comes to expand the options and the versatility of the game with two new characters, each with a new playstyle and spectacular skills that won’t leave players wanting.

Bachmann and Hammerhead, two Haqqislamite twin brothers born in the Bourak system, are landing in the HexaDome.

Arezoo Babayan, better known as Bachmann, is an expert in biochemistry and has been trained in the best Haqqislamite educational institutions with excellent grades. His greed and ambition led him to experiment on his own twin brother.

Jahangir Babayan likes to be called Hammerhead in Aristeia! He’s a natural born fighter with a threatening physique. He accepted and encouraged his brother to go further in his studies. Hammerhead is a patriot, willing to sacrifice himself so his nation finally achieves its rightful place in the Human Sphere.

The creator and developer of Aristeia! Alberto “Al” Abal states: “Combo Teams are always a guarantee. In this case it is double-cool because they’re twins. In addition to this, the idea that they enter the HexaDome with poison opens up a whole new world of possibilities.”