Conquest: The Last Argument of Kings 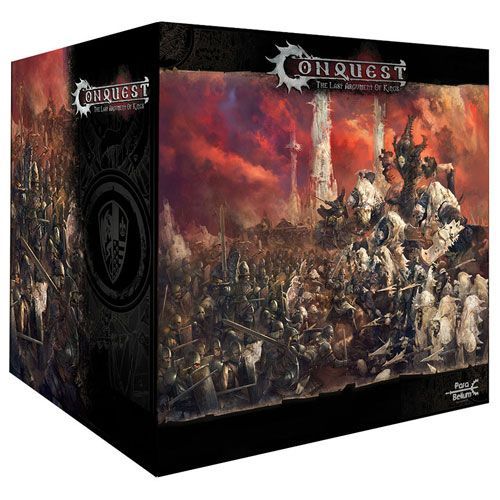 Conquest – the Last Argument of Kings is a mass battle fantasy wargame produced by Para Bellum Wargames. The rules of the game have been written by one of the industry’s lead game designers, Alessio Cavatore and his studio Riverhorse. The rules are quick and easy to learn for a new player but are still able to offer a new and complex strategy to master. Conquest does away with player turns and army deployment. Instead, it focuses its play around the command stack mechanic, where each player determines at the beginning of the round what order his troops are going to be activated in. Coupled with a unique escalation reinforcement mechanic where light, medium and heavy troops each have their roles, the fog of war is a very real thing. Through this game the ability of a seasoned general’s foresight in order to trap his opponent’s forces and foresee his moves is heavily relied upon.