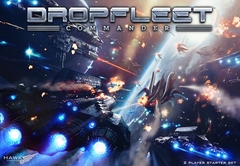 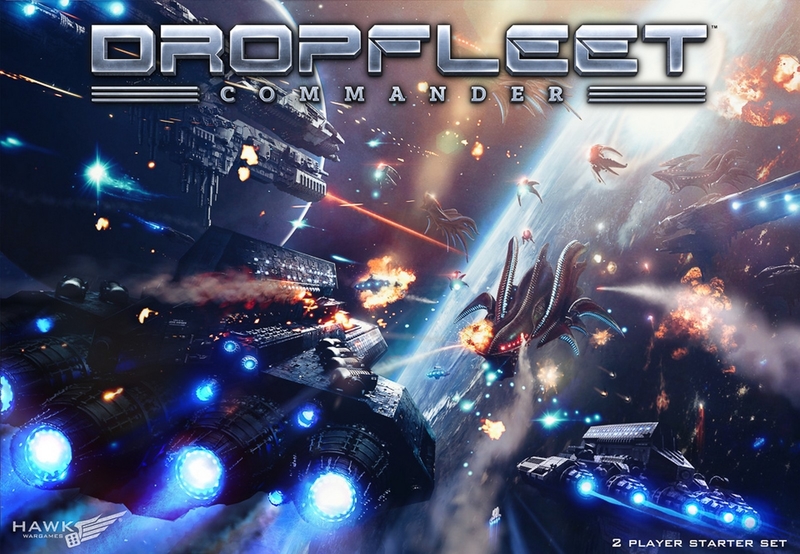 Dropfleet Commander 2 Player Starter Set Information It is the year 2672, a time of war on a galactic scale. The mighty battlefleets of the United Colonies of Mankind are ranged against those of the alien Scourge, vile overlords of humanity's once great homelands – the seven Cradle Worlds and Earth itself. The Colonies are on the offensive, the will of an entire species bent on vengeance. This grand endeavour is known as the Reconquest; the greatest military enterprise in the history of mankind. Thousands of ships and millions of soldiers battle for victory in the void and on land.

You can now play your part in these war-torn times. Fight for noble humanity or the dreaded Scourge in orbital battles for supremacy, played with finely detailed miniatures. You will command fleets of colossal warships, unleash strike craft and deploy your ground forces in strategic naval battles above a war-torn planet. Prepare your vessels; the battle for mankind's future has begun!

This 2 Player set contains absolutely everything you need to get started in games of Dropfleet Commander, including two starter fleets, a 3'x4' gaming surface, fastplay aids and a wide selection of tokens. This incredible boxed set also includes the full sized Dropfleet Commander rulebook, a 224 page full colour tome containing immersive background, the game rules, complete fleet lists for all 4 factions and hundreds of lavish images.

The complete contents of this boxed set are listed below: