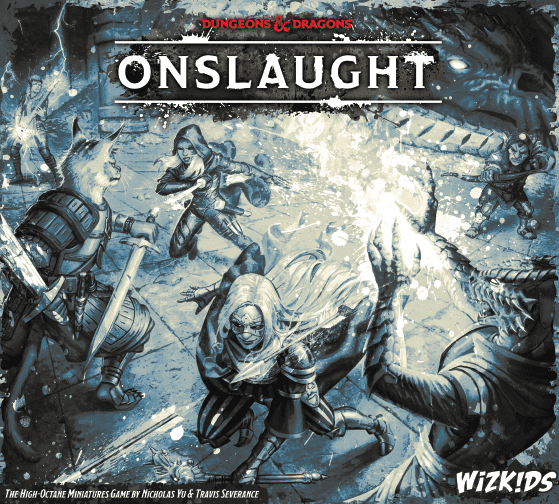 Dungeons & Dragons: Onslaught is a competitive skirmish game in which each player controls an adventuring party from one of the powerful factions of the Forgotten Realms. Parties delve into dungeons, battle rival adventurers, and confront fearsome monsters on a quest for treasure and glory.

In more detail, Dungeons & Dragons: Onslaught is a scenario-based combat game in which you collect treasure, level up, and bring powerful abilities to bear using dice rolls, upgrade cards, and the new combat dial card system to keep track of the action.

The core set of Onslaught includes material for two players, including twelve characters from two factions (Harpers and Zhentarim) and a horde of monsters — 21 pre-painted figures in all.