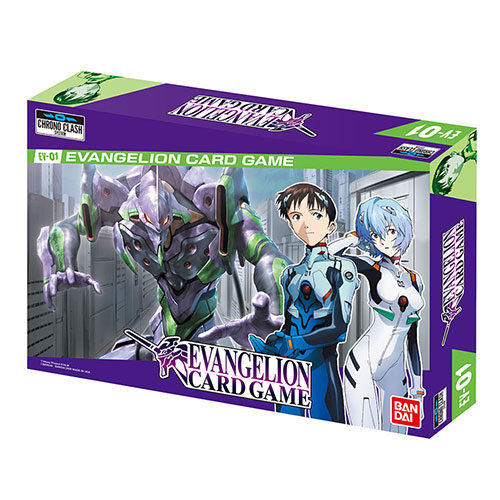 The Evangelion Card Game is the third series expansion for the Chrono Clash System. Years ago, the Earth was attacked by unnatural creatures called Angels. To defend the people against the next Angel attacks, the world's governments and Nerv built the Evas, giant mechs of unknown power.

Currently featuring Naruto/Boruto and Godzilla, the Chrono Clash System is a fast paced, living card game in which players alternate back and forth making big attacks and summoning even larger creatures. The bigger the attack or creature a player plays during their turn, the more resources they give their opponent for their next turn.

Combining multiple sets enables multi-player action and a variety of deck construction ideas.
Up to 4 players can fight!