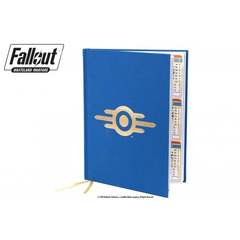 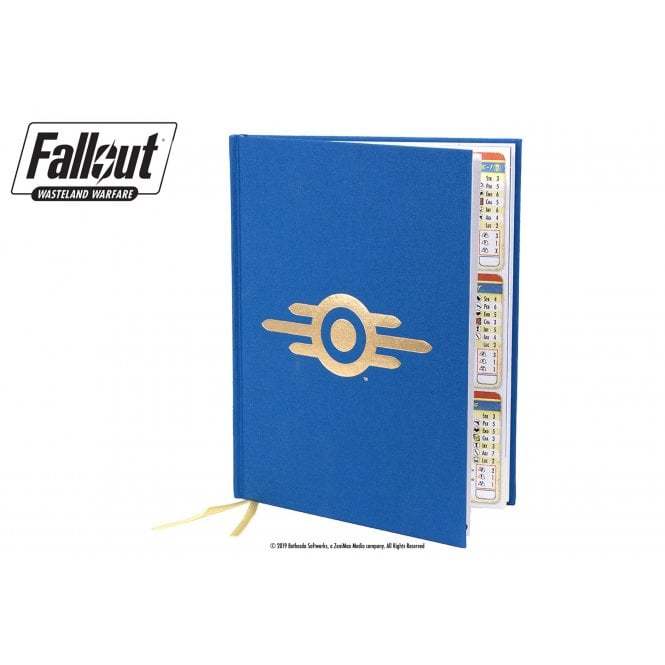 Designed for 1 Gamemaster and up to 6 players, aged 14 and up.

The Fallout: Wasteland Warfare roleplaying game builds on the narrative wargame experience of the tabletop miniatures game and will include new rules for character creation and creating adventures in the wasteland.

Delve into abandoned Vaults, ruined cities, strange facilities, and antiquated military bases. Encounter Super Mutants, Raiders, Survivors, Vault Dwellers, the Brotherhood of Steel, the Institute and the Enclave, and many more! Will you roam wide and far, or build up and protect your settlement? For those who want to create your own unique characters or use the faction based Archetype cards to start your own hero and see them grow from adventure to adventure.

Complete rules for tabletop roleplaying in the wasteland, based on the popular Fallout: Wasteland Warfare miniatures game. Full rules for character creation, archetypes and original player ideas alongside existing characters from the Fallout Packed with lots of full colour photographic scenes of the Fallout: Wasteland Warfare range to inspire your adventures! Interact with familiar characters and creatures drawn from the world of Background on the locations, adversaries and factions that players can encounter. 3 free adventures totalling 26 pages in a linked campaign or for use as one-shot missions to support GM's Guidance for players to build their settlement as a base of operations Advice and tools to help GM's create and run exciting new adventures in the Fallout