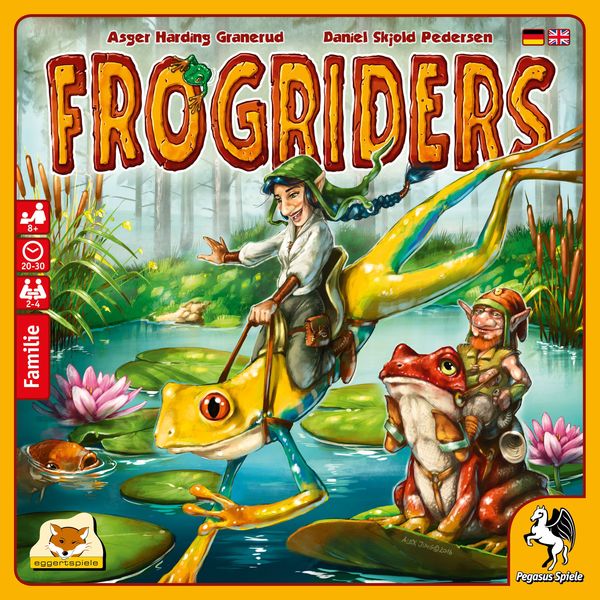 Deep in the forests of the North lives an enchanting elf tribe called the Frogriders. Each spring, they hold a tournament in which their four major squads perform a mock battle. Whoever best manages to capture valuable units and make clever use of their special abilities will take the victory!

Frogriders is a tactical family game in which you collect the custom-molded plastic figures by making them leap over one another. Each of the collected Frogriders enables you to keep it for scoring or return it to the tribe's village in order to use its special ability. Due to the many different privilege cards and several scoring cards (of which only a few are used each game), there are a lot of tactical nuances to discover and many strategies to employ to win at Frogriders!