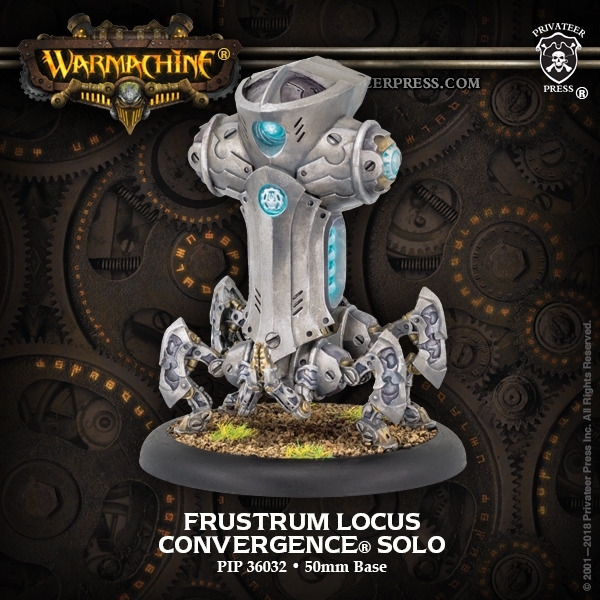 Frustrum Locus Information The Frustrum Locus was engineered by an advanced technologies optifex directive specialized in innovating hardware to disrupt formulaic magic. By modulating the energies produced by its pattern disruptor array, it can deflect or shred incoming hostile mystical attacks and even invoke a feedback loop to retaliate against the offending 'caster. By reversing these harmonics, its phase singularity beam can attune key enemies to make them easier to destroy by Convergence warcasters from afar.

The Frustrum Locus is a valuable arcane support solo for any Convergence of Cyriss army. In addition to its numerous anti-magic defence abilities, its Phase Singularity cannon makes targets hit more susceptible to the magical attacks of its allies.

1x Frustrum Locus Please note: Miniature is supplied unpainted and some assembly may be required.

Please note: As of April 2017 Privateer Press are no longer including stat cards in any of the miniatures from their Warmachine and Hordes ranges. The cards can be purchased separately in the faction Decks. Wayland Games are not able to supply any Privateer Press stat cards separately.