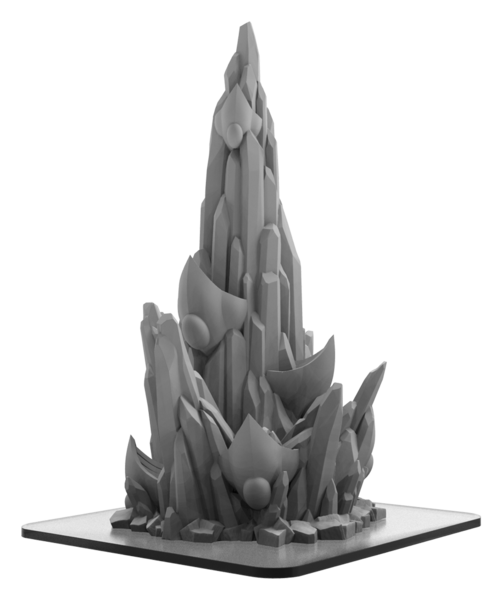 Fragments of the Harbinger Comet broke off at regular intervals during its approach and subsequently survived reentry to impact in countless locations, including several deep within populated cities. Initially thought to be random, these strike locations are now seen as part of a deliberate pattern. Composed of alien materials, these structures are resistant to conventional weapons and contain within them slumbering forces awaiting the call to feast upon the world.