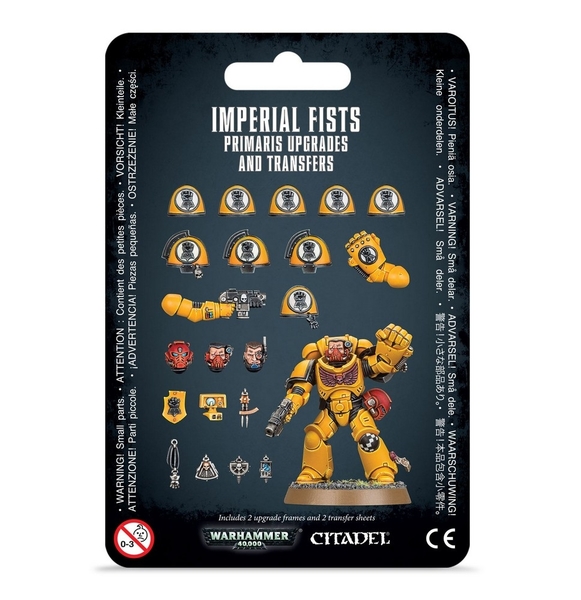 The Imperial Fists were the 7th Legion formed out of the 20 Legions, they were created on Terra and remained devoted during the Horus Heresy. Throughout their existence, they have maintained a bloody rivalry with the Iron Warriors even though they are very similar in war strategy and share a specialisation in siege warfare. They are regarded to be one of the most loyal Chapters to the Emperor and are often referred to as not Imperial Fists, but the "Defenders of Terra" holding the Imperium together with their stubborn resilience and inability to give in to even the most brutal attacks. Now you can personalise your Imperial Fists Primaris Marines with this Imperial Fists upgrade pack. This kit contains; An upgrade pack to add Imperial Fists specific details to Primaris Space Marines
A sheet of Imperial Fists transfers