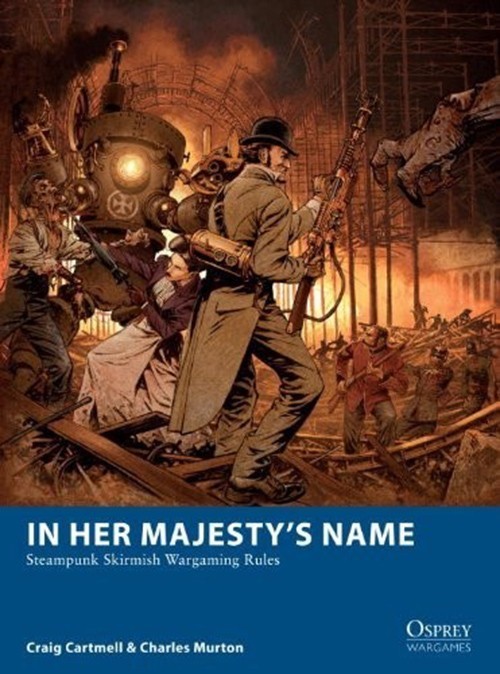 The game of In Her Majesty’s Name pits small Adventuring Companies against each other in skirmish battles which may be single encounters or part of longer narrative campaigns. The rules are quick to learn but have sufficient depth to give a satisfying evening’s entertainment.

This contains one Rulebook for In Her Majesty's Name Steam punk Skirmish Game.

It is 1895 and the world is in turmoil. In the twilight years of the nineteenth the future depends not upon the actions of governments but upon those of the Adventuring Companies, and will be shaped by countless engagements in city streets, ancient ruins, dense jungles, high mountains and boundless deserts. These adventuring companies have designed and created miniaturized steam engines, use electric light and motors, Radium Bricks, Arc weapons, Hydrogen and latterly Helium Dirigibles and now explore and battle against one another for power and control. Nothing is impossible when the wealth of a great nation is coupled to the unlimited imagination of educated men of science and their engineers. In Her Majesty's Name brings a Victorian steam punk skirmish game to life. Will you be a leading power at the start of the new century?