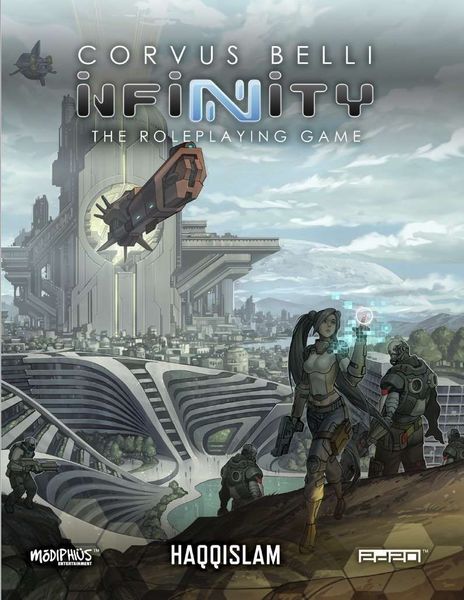 THE SEARCH FOR KNOWLEDGE

The Haqqislamite movement found traction in a world riven by political turmoil and economic crises. Its greatest messenger, Farhad Khadivar, advocated a new ideology that wove together the many complex threads of the old into a New Islam. This philosophical and theological revision of long-standing interpretations, which shed intolerance and oppressive dogma in favour of humanism and a concept known as the Search for Knowledge, laid the foundations for a golden age of reforms and advancements that propelled a nation across the stars.

Since finding a home on Bourak, Haqqislam has experienced a rebirth of artistic and scientific pursuance that is the envy of their rivals. Gardeners refine terraforming techniques that have reshaped an arid world, doctors perform miracles with pioneering surgery, and biochemists cultivate new synthetic wonders with Silk. Though often considered one of the smallest of the G5 nations, Haqqislam remains unrivalled in several arenas.

A Silk monopoly and extensive trade routes have spawned a nation of traders that often draw the envy and ire of competitors, though the Sword of Allah stands ever ready to smite the enemies of the Word. With new insights into the New Islam and its proponents, this sourcebook will take you further into the Search for Knowledge than ever before!

Details on Bourak and its diverse regions — Al Medinat, Funduq, Iran Zhat Al Amat, Gabqar, Norouz, and Alamut.
Focused Lifepaths that allow players to tread the Search for Knowledge, including Akbar Doctors, Khawarij, and new Hassassin careers.
Additional armour, equipment, and adversaries specific to Haqqislam, including the famed Akrep TAGs of the Maghariba Guard, and stats for the enigmatic Husam, Yasbir.
New rules and campaign guidance for plundering the space lanes as a corsair in the employ of Haqqislam.