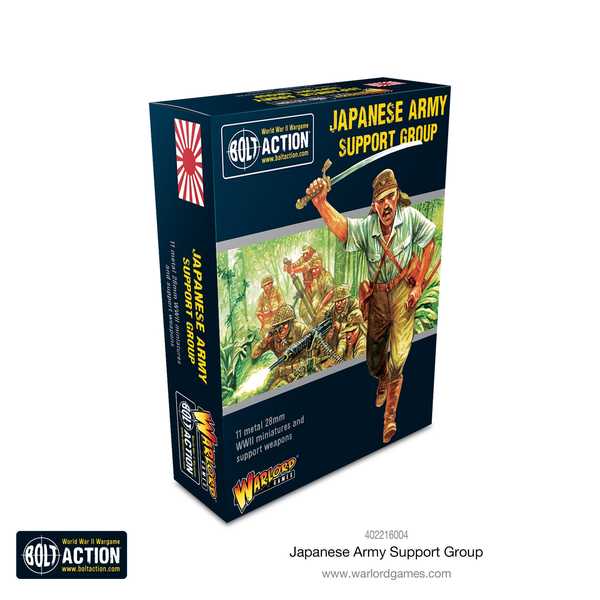 The men of the Imperial Japanese Army were excellent soldiers, with an extraordinary devotion to their country and their Emperor. Battle-hardened by years of war in Manchuria, the Japanese army was well-disciplined, led by seasoned officers, and watched over by the dreaded Kempei-tei political officers. Japanese soldiers gained an air of invincibility in the early years of the war as they conquered Thailand, British Malaya, Singapore, and Hong Kong, the Dutch East Indies, and most of the American Philippines.

Fanatical loyalty and iron discipline were the core of the Imperial Japanese Army ethos, and although it didn't have the same level of heavy weaponry and vehicles as their Allied opponents they were well supported by the likes of the Type 92 medium machine gun and Type 97 medium mortar.