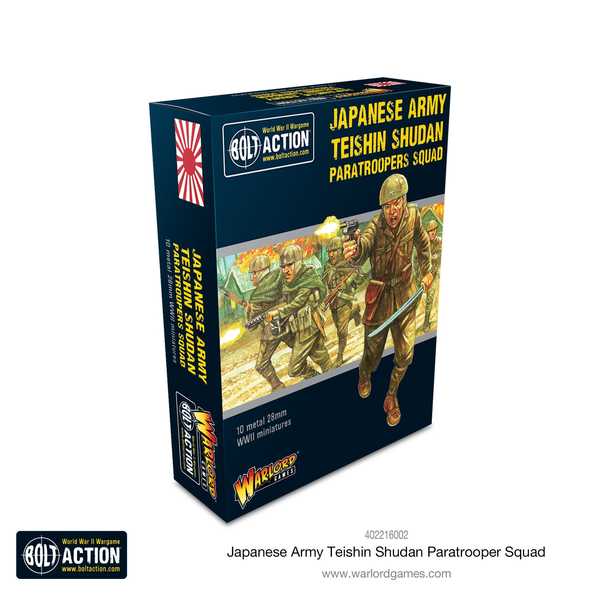 Japanese paratroopers – Teishin Shudan (raiding group) – proved highly effective in the early years of the war. German successes with paratroops during 1940 encouraged the Japanese to develop their airborne arm as a constituent part of the Imperial Japanese Army Air Force (IJAAF).

They were initially deployed in the Dutch East Indies during the Battle of Palambang in February 1942. A regiment of paratroopers dropped onto Palambang airfield, whilst another captured the town and its oil refinery. High casualties amongst the paratroopers discouraged further deployment by air, and the Teishin Shudan subsequently fought as elite infantry formations – much as their German counterparts did.

Possessing the same fanatical will as other Japanese forces and hardened by the rigours of combat behind enemy lines, the last time they made an airdrop was during an assault upon US air bases on Leyte. Most of the force was shot down before reaching its target. Although the 300 men who landed at Leyte caused considerable damage, the small force was soon contained and destroyed.