Kill Team: Into the Dark 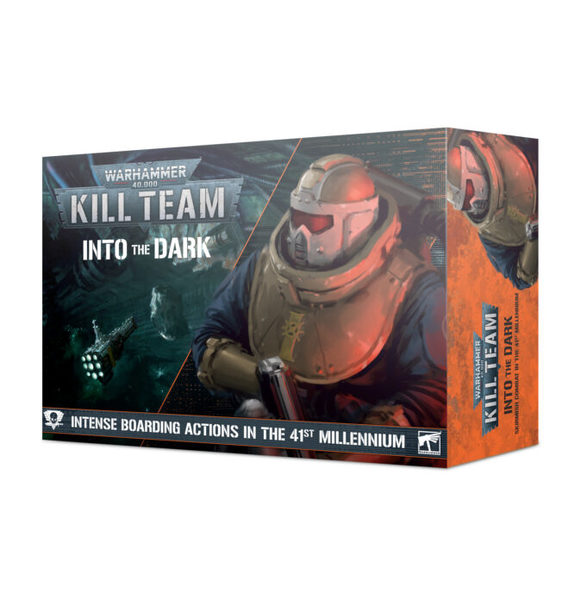 In this box you'll find:

1x 120-page softback Kill Team: Into the Dark book: Including rules for your kill teams, plus background material, artwork, missions, and linked campaigns aboard the Gallowdark space hulk.

54x pieces of Killzone: Gallowdark terrain and 6x Kill Team Barricades: This modular system of walls, doors, can be arranged in a huge variety of configurations to create different room and corridor layouts. Some elements even feature glueless assembly, allowing you to adjust their positioning in the game.

3x Combat Gauges: Kill Team uses a simplified measurement system to create fast, dynamic games. These combat gauges feature the symbols used for Kill Team, and are perfect for slotting into narrow gaps between operatives when a regular tape measure would be too cumbersome.

Additional Accessories: Get straight into the game with a double-sided game mat styled after the depths of the Gallowdark, a Kill Team token sheet containing 85 tokens, 10 six-sided dice, and two decks of Tactical Ops Cards.