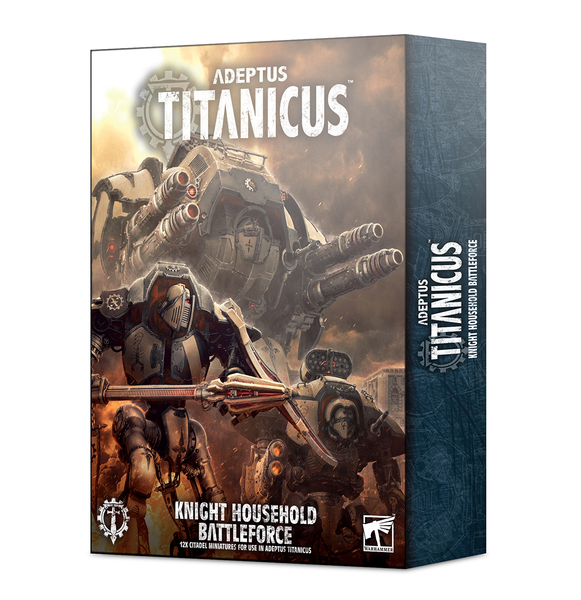 CONTENTS
This boxed set contains everything you need to build twelve plastic Imperial Knights for your games of Adeptus Titanicus. With the 356 components included, you can build the following:

– 6x Questoris Knights with a choice of weapons, including reaper chainsword, thunderstrike gauntlet, thermal cannon, rapid fire battlecannon, avenger gatling cannon & stormspear rocket pod. Also includes multiple meltaguns and heavy stubbers, plus a range of heads to customise your Knights.
– 4x Cerastus Knight Lancers armed with shock lance and ion gauntlet shield, plus a choice of heads.
– 2x Acastus Knights Porphyrion armed with magna lascannons and a choice of Ironstorm missile pods and Karacnos mortar batteries. They have a choice of defensive weapons to sit next to the head, and can be modelled with canopies open or closed.