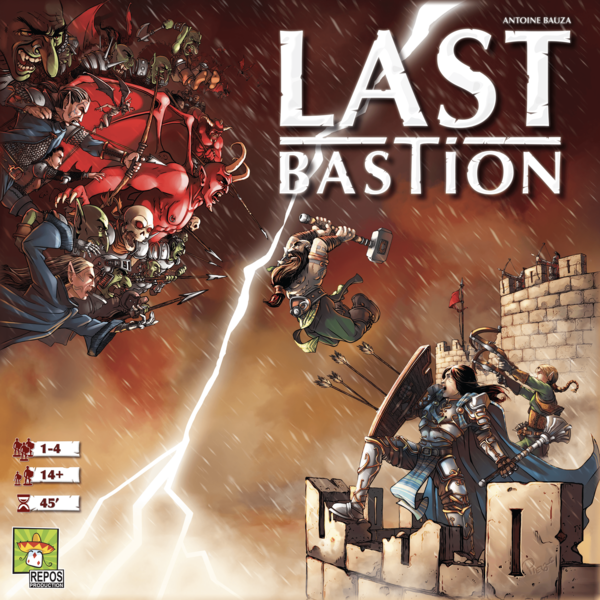 A handful of heroes have just stolen the powerful relics of the Baleful Queen. Without them, the immortal sovereign is weakened; recovering them is now her sole purpose.

With the High Mages attempting to destroy them, the heroes have fallen back into the Bastion of the Ancient Kings, where they must defend the fort to the peril their lives.

Unceasingly, the hordes led by the Warlords besiege the ramparts. If this citadel falls, an entire civilization will be swept away, and an entire world will fall into chaos...

Last Bastion is a cooperative game in which the players take on the roles of heroes defending an ancestral Bastion against the monstrous hordes of the Baleful Queen. The players struggle together against the game, either they all win victory, or else they all suffer defeat.