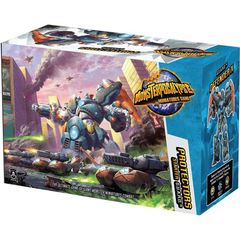 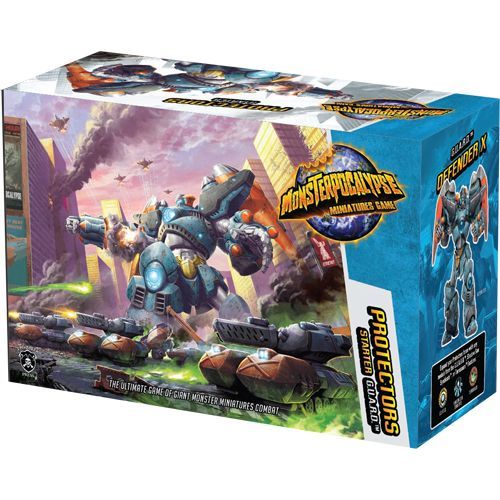 UNLEASH POWER ON AN UNIMAGINABLE SCALE!
Take control of a giant monster and its horde of minions and fight for control of your turf. Stomp the competition to dust as you slam, smash, blast, and brawl your way to victory in the biggest battle ever to hit your table in this all-new edition of the world’s best game of giant monster combat!

G.U.A.R.D.
Globally United Advanced Research & Defense (G.U.A.R.D.) protects innocents from the horrors of the Monsterpocalypse. G.U.A.R.D. has assembled the greatest scientists and military leaders to develop the most advanced force the world has ever seen. Defender X is a towering marvel of technology piloted by a team of G.U.A.R.D.’s finest. A cadre of brave soldiers in cutting-edge military hardware protect civilians while Defender X takes the fight to the monsters threatening our world.