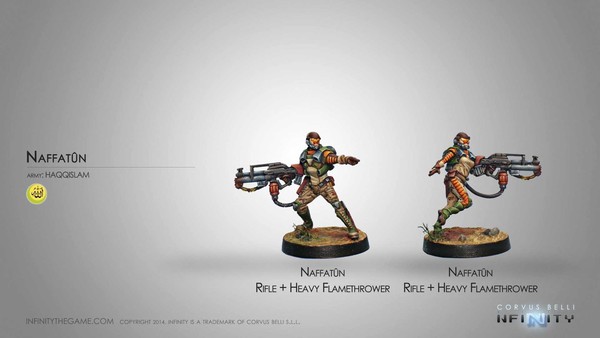 The Naffatn form a unit of Ghulam Infantry equipped with incendiary arms. They are usually deployed instead of other infantry units to clear routes and areas, what, in their slang they call clearing the undergrowth (using slash and burn techniques). The Naffatn go into battle alone which is understandable given that that they are loaded with flammable equipment. They carry extra loads of Naft (highly concentrated napalm) in their backpacks and their flame throwers are equipped with pressurized tanks of gelatinized gasoline. Were they to receive a direct hit, even though it was a stray bullet, they would be transformed into a flaming hell. Who would want to be at their side then?