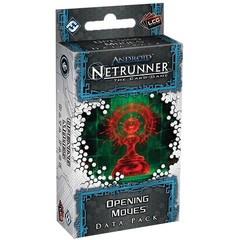 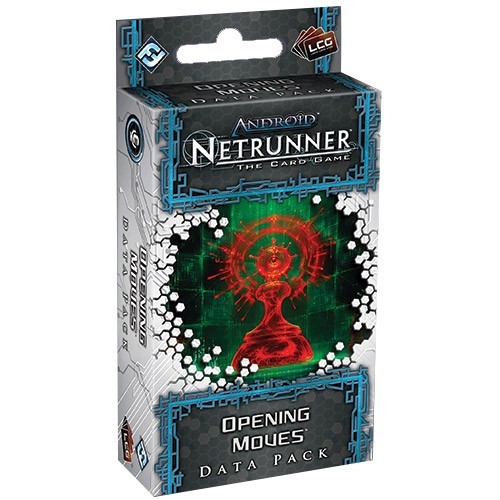 “Corporate executives have launched an internal investigation of the alleged use of illicit security software, known as ice, by several reckless and disgruntled former employees…”-NBN Live at 5

Just how dark can a corporation become before it suffers the backlash? Opening Moves kicks off the second cycle of Data Packs for Android: Netrunner The Card Game with a focus on bad publicity, good PR, and daring new gambits for players to undertake in their continued cyberstruggles. Its sixty cards (three copies each of twenty different cards) allow Corps and Runners to explore a wide range of innovative, new (and sometimes dirty) tactics as they battle for the control of highly valuable data!

This is not a stand-alone deck. An Android: Netrunner The Card Game core set is required to play.