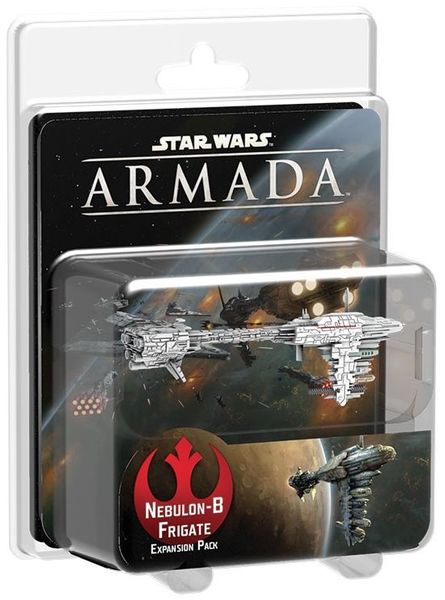 The Nebulon-B frigate was designed for the Imperial Navy by Kuat Drive Yards as a warship that could protect convoys from Rebel starfighters, but it was, ironically, a much more impactful ship within the Rebel fleet. At three-hundred meters long, a single Nebulon-B could boast twelve turbolasters and twelve laser cannons.

The showpiece of the Nebulon-B Frigate Expansion Pack is its detailed and pre-painted Nebulon-B frigate miniature, and the expansion then enhances this ship by supplying all the command dials and tokens you need to fly it, along with ship cards that allow you to build it into your fleet as a fighter escort or as a powerful support ship. Additionally, the expansion’s eight upgrade cards, which include two unique title cards, allow you to further customize your frigate’s role within your fleet.