The Butcher of Khardov - Classic 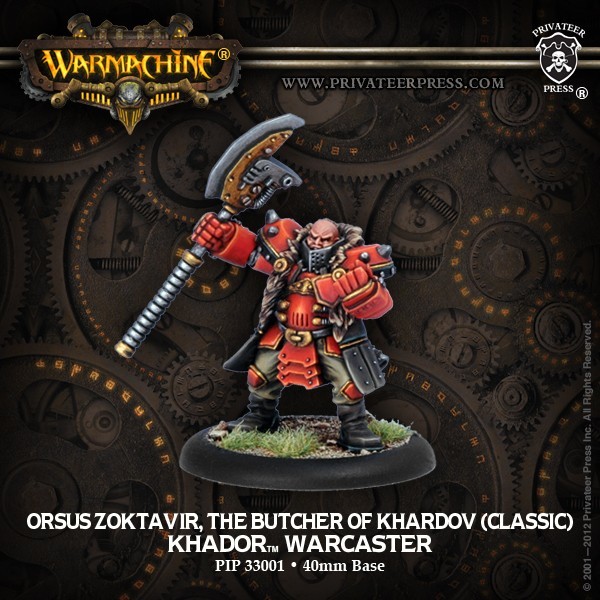 The Butcher is a potent symbol of the consequence of treachery against Empress Ayn Vanar. In the protective casing of his modified suit of steam-powered armour shaped from the hull of a warjack, he is a force of destruction, a one-man wrecking crew. Soldiers across western Immoren cannot purge the vision of the axe-wielding giant from their nightmares: a man become a living personification of warfare and bloodshed.

This is the classic version of this warcaster.
Miniature supplied comes unpainted and some assembly may be required.