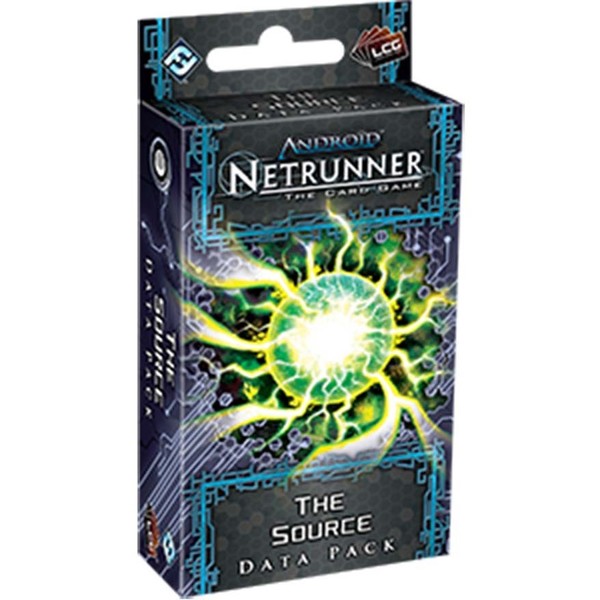 The Source is the sixth and final Data Pack in the Lunar Cycle for Android: Netrunner.

Autorun initiated. The files were opening with a flurry of code running across his screen. Ones and zeroes, old binary machine code, It was beautiful.

Its sixty cards (three copies each of twenty different cards) follow cyber-explorer Nasir Meidan's departure from Heinlein for Earth and the relative safety of his apartment. There, he stares at the drive in his hand before booting up his console. Was he able to complete the download he began on the moon? Does his drive truly contain the net’s legendary source protocols? What will he find? After a series of thrilling encounters with Corporate security measures and security officers, all he has to do is pull up the files.

As you return your cyberstruggles to an Earth setting, The Source takes a final look at the moon’s grail ice, locations, and Corporate divisions. You'll also find surprising new takes on life, evolution, and death in the virtual world and the cyberstruggles of Android: Netrunner. Assets reward Corps for birthing new servers, and others self-destruct. Self-propagating viruses wait to explode into the network, and other programs reward you for jacking out of your runs.

What will you find? Plug-in, and boot up.