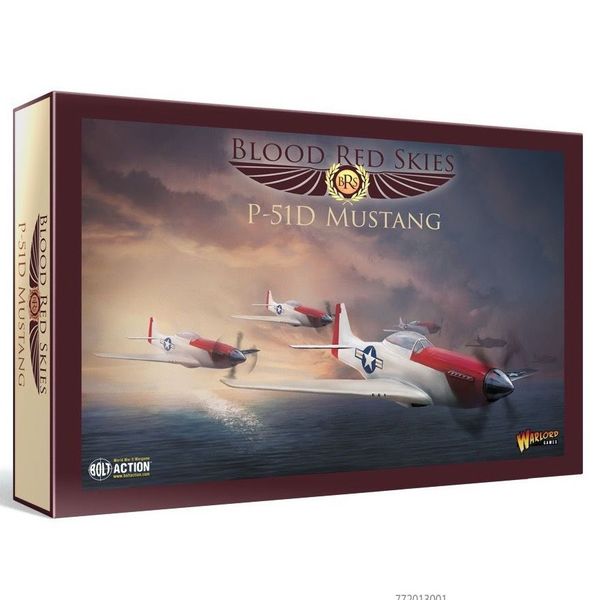 This is an expansion set for the WWII aircraft miniatures game Blood Red Skies by Warlord Games and designed by Andy Chambers. This expansion includes a squadron of USA P-51 Mustang fighters and additional accessories to add to the core game.

The introduction of the Merlin engine transformed the initially mediocre P-51 Mustang into a world-class fighting machine with the iconic P-51D, all but supplanting other types of fighters used by the United States Eighth Air Force in Britain. By May 1945, Mustangs had flown 213,873 stories and claimed 4,950 enemy aircraft destroyed.