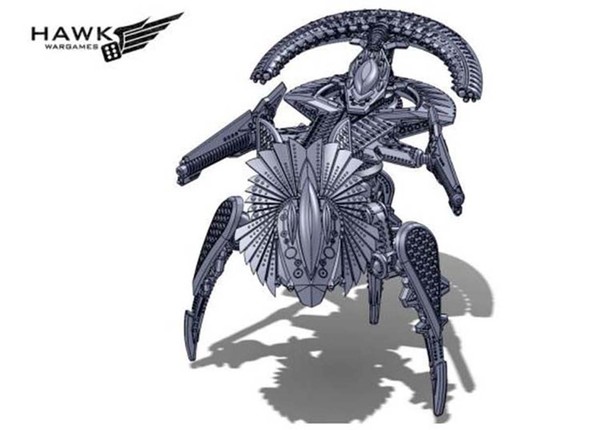 The being referred to by the UCM as 'Ramses' has been known to humanity for many hundreds of years. Ramses is not his true name but rather one he chose for himself when the very earliest of diplomatic channels between humanity and the Shaltatri were opened in the year 2342.

Ramses' great age can be discerned by the almost translucent white colour of his spines, indicating a mental age of well over two thousand years. As a famous and highly accomplished field commander, it can be assumed that he has spent a considerable amount of time in the military, making him a truly formidable opponent.

Like many of the Shaltari Elders who take to the battlefield, it seems that Ramses has a lust form battle that can only be sated with personal involvement. He is usually spotted aboard a special Coyote Warstrider with an additional weapons system and characteristic custom shielding plates, making him extremely hard to kill and facilitating his almost continuous presence on the battlefield.

This blister contains 1 x 10mm resin figure made up of 9 components.

Please Note: Models are supplied unpainted and some assembly may be required.