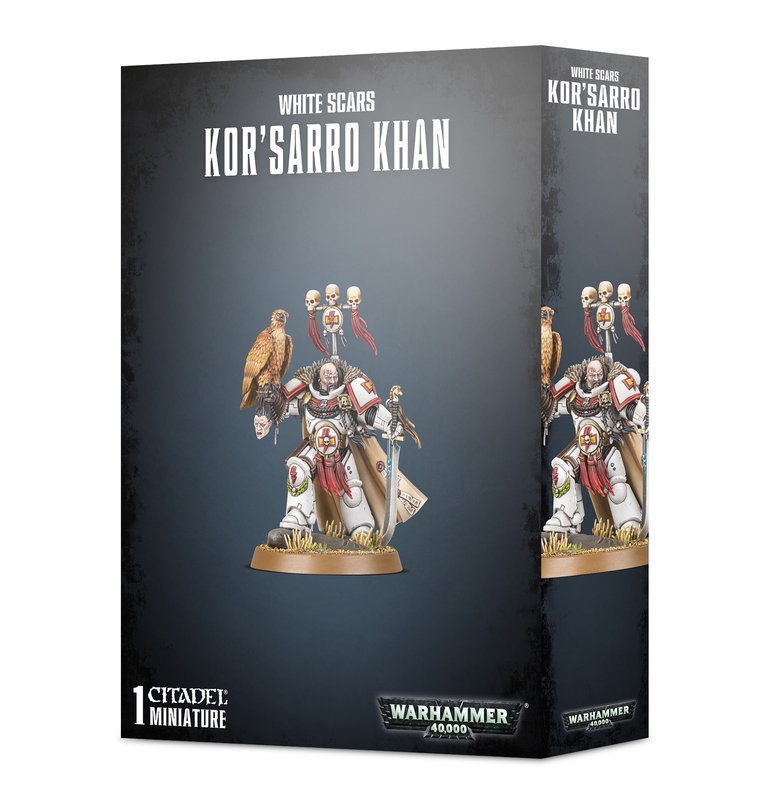 Kor'sarro Khan is the holder of the White Scars specific title 'Master of the Hunt', being the lethal swordsman and huntsman that he is he has been put in charge of bringing the severed heads of his enemies back to the White Scars fortress-monastery.

The White Scars are a Loyalist Space Marine Chapter, they were one of the earliest First Founding Legions of the Adeptus Astartes. They are considered the masters of the lightning strike and hit-and-run attack, as demonstrated by the lightning bolt emblazoned on their armour. Despite being characterized as barbarians, the White Scars are a highly cultured Chapter. Poetry is among their most respected and ancient traditions.