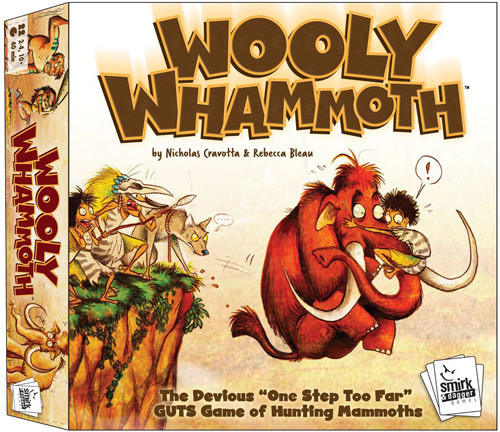 Wooly Whammoth is a devious game of prehistoric survival, tricking rival tribes into taking a step too far. You are a clan of hungry Cave People attempting to hunt mammoth by chasing them off the edge of a cliff. But, you run the risk of sinking into a tarpit, getting stomped by mammoths, or running straight off the cliff yourself in the process.

Choose a card to advance your Cave Person down the hunting path - but beware; the actual number of spaces moved is based on the total of all cards played by you and the other players. Armed with 8 cards and some sneaky tricks, you seek to force the other tribes into peril, while you go just far enough to topple a mammoth.