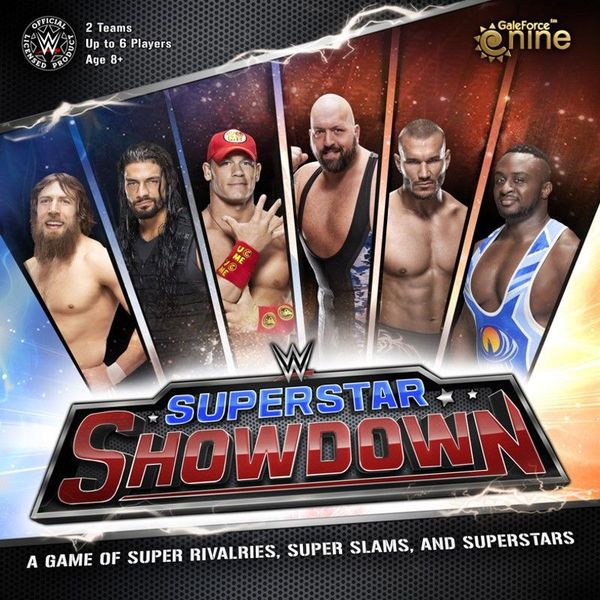 A single match in WWE Superstar Showdown can be played in as little as ten minutes. The game expands with rules linking a series of matches to form an event, creating a longer and more in-depth play experience. With four different match cards, players can play a variety of different matches, further augmented with stipulation cards that introduce special rules to the contest. Players in an event can improve their superstar between matches by earning and adding powerful bonus cards to their superstar decks.

Can you dominate the ring? Will your team go down in history as the greatest phenomenon the world has ever known?