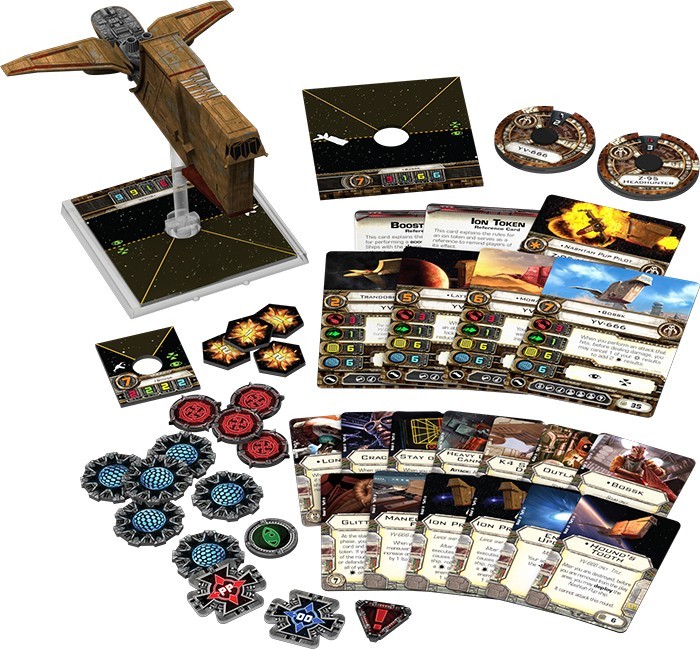 A modified YV-666 light freighter, Hound’s Tooth was the signature vessel of one of the galaxy’s most notorious bounty hunters and slavers, the fearsome Trandoshan Bossk.

The Hound’s Tooth Expansion Pack brings this infamous freighter to life as a towering, large-base miniature starship for the Scum and Villainy faction, rendered at the game’s standard 1/270 scale. You’ll also find four YV-666 ship cards, a new mission, and thirteen upgrades, including theHound’s Tooth Title, which allows your YV-666 pilot to survive imminent destruction by escaping aboard the Nashtah Pup, a unique Z-95 Headhunter. The Hound’s Tooth Expansion Pack also comes with a ship card for the Nashtah Pup and the rules for deploying it, though to fly it, you’ll need the miniature starship from the Most Wanted Expansion Pack or Z-95 Headhunter Expansion Pack.