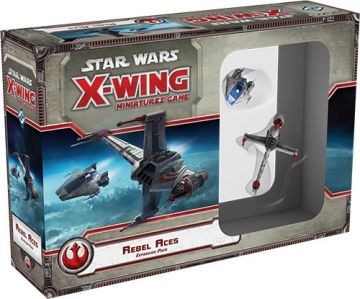 Join the Rebellion and fight for freedom across the galaxy with the Rebel Aces Expansion Pack for X-Wing™!

All the tokens and maneuver dials you need to launch these starfighters into battle against the evil Galactic Empire.

It also includes a new mission, which thrusts some of the Rebellion’s finest pilots into a desperate rescue effort that highlights the B-wing’s durability and the A-wing’s agility.