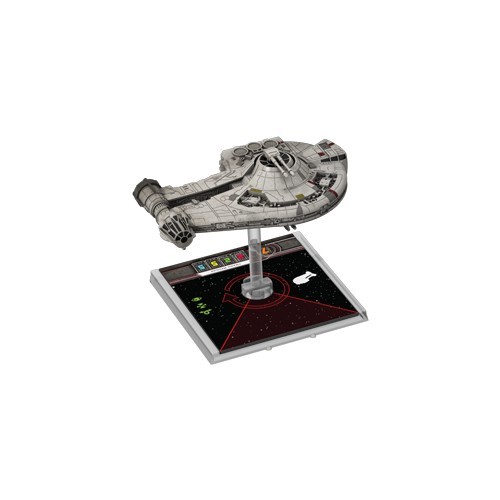 A fast and resilient light freighter, the YT-2400 features no fewer than thirteen weapon emplacement points, making it an attractive vessel for smugglers, mercenaries, and other individuals looking for a heavily armed “transport.” Although a stock YT-2400 light freighter has plenty of space for cargo, much of that space is often annexed to support modified weapon systems and oversized engines.
The YT-2400 Expansion Pack brings this formidable light freighter to your table as a Rebel starship with two attack, two agility, five hull, and five shields.
The highlight of the YT-2400 Expansion Pack is its detailed miniature starship, which is enhanced by one new mission, three debris cloud tokens, a maneuver dial, all requisite tokens, and four ship cards, including one for the famed smuggler Dash Rendar.